A view lot in the Tobacco Roots

While driving up the South Boulder River, I 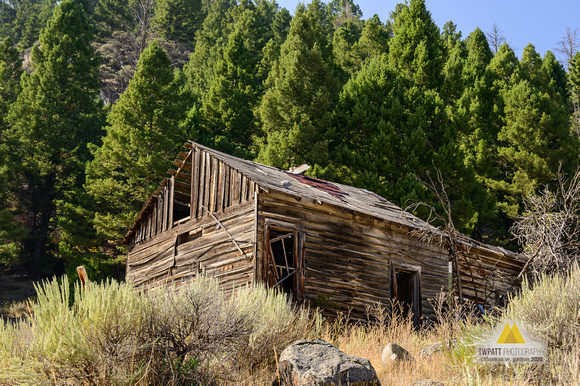 stopped at an abandoned miner's (?) cabin. Here was a chance to explore and photograph an abandoned building.

The first photo is from near the road. The rear part of the building was built of log and its roof has collapsed. The front was built of milled lumber (with round nails) and had a metal roof. You can't see it, but a red brick chimney (and fireplace?) is centrally located and must have been its most a luxurious attribute. 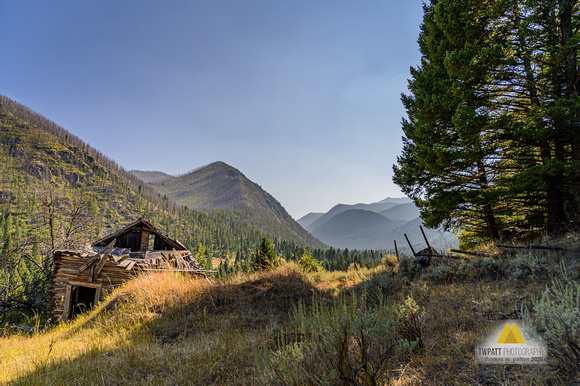 The photo below shows that even though we don't know why the house was located here, one reason could be its view of the South Boulder River valley and the Tobacco Roots. Even in the late 19th or early 20th century, good scenery was important.

The grassy mounds behind the house are remnants of a root cellar lined with native stone. At the base of the trees at right is an abandoned irrigation (placer water?) ditch.