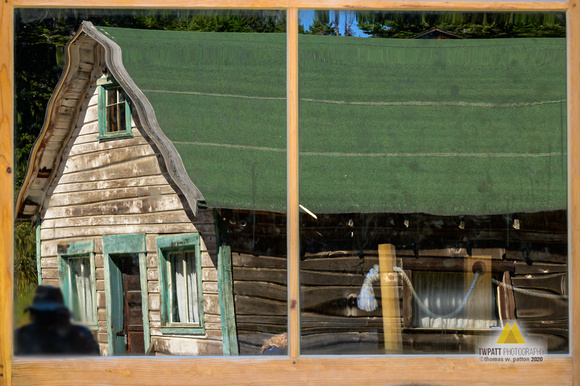 A Garnetian GhostThe Dahl Saloon (The Joint) as seen in the window of Davey's Store. Garnet, Montana. September 11, 2020.

We traveled last week to Garnet, Montana, a ghost town that had its peak years between about 1895 and 1900. The town held on for some years, but by about 1948 it was mostly abandoned. The site is preserved and operated as a park by the Bureau of Land Management.

You never know what (or who) you might see when you peer into a ghost-town window. I decided to be artsy and frame a photo of the Dahl Saloon in the window of the Davey's General Store. It was frustrating to say the least--no matter how I composed the shot, there was someone in the window peering out. I finally just accepted the inevitable. When in a ghost town, what might you expect? 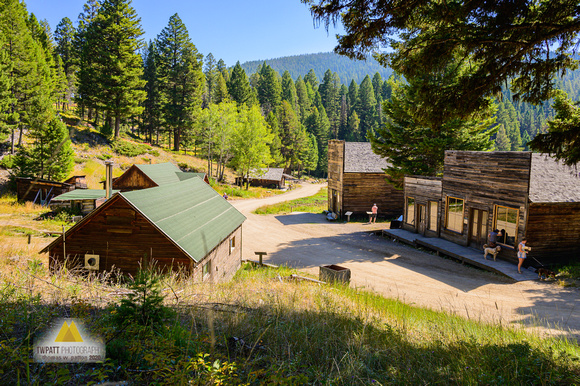 I decided to try for a 'Main Street' view that didn't involve ghostly windows. The Davey's General Store is at right and Dahl's Saloon is in the foreground. Not to put too fine a point on it, if you look closely in lower left corner of the right hand window of Davey's, you can see that the gentleman in the photo above is still checking out the tourists.

In the distance at right is Kelley's Saloon. The building was constructed in 1898 and was one of the 13 saloons that eventually supported Garnet's social life.

When we visited, the main buildings were all closed, but other buildings on the hill west of Main Street were open.